Hemavan and Tärnaby are the resorts where legends Ingemar Stenmark and Anja Paerson learned how to ski. Take the direct flight from Stockholm. Just 90 minutes later you land 2 minutes from the slopes at Hemavan and Tärnaby is close by. The high latitude allows a long season (from late October to May) but because of the short mid-winter days, the spring season is best for touring. There is a vast choice of cross country skiing, including the Kungsleden (Royal Trail), a 420 km trail through the mountains of Sweden that starts in Hemavan and has cabins along the way (I can't think of a more apt soundtrack for your Ipod than Goaskinviellja by the exceptional Sami musician, Mari Boine). Apart from touring there is respectable downhill skiing and snowboarding with the lift pass shared between Hemavan and Tärnaby. Heli-ski, snowmobiling, husky sledging and lake fishing through the ice are all options for a unique holiday experience. 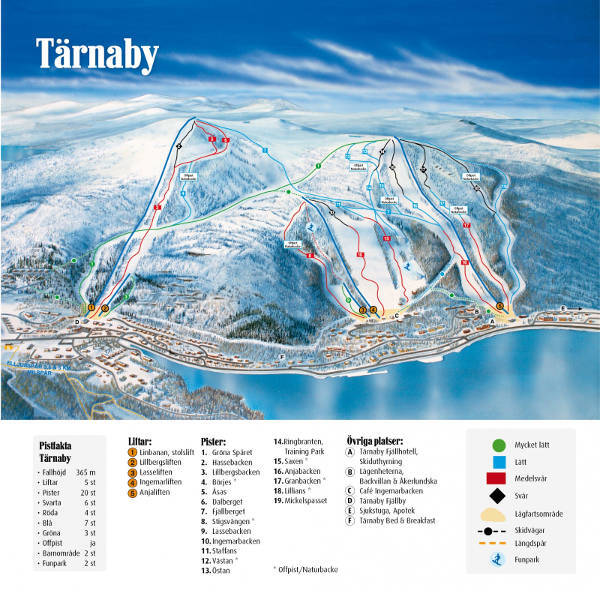 TÄRNABY: SMALL VILLAGE, BIG SKIING
Skiing Gold: Small Swedish Village Produces World’s Skiing Elite
TÄRNABY, SWEDEN – 12th February 2007
FOR IMMEDIATE RELEASE
Located at the centre of Sweden’s most accessible and spectacular alpine regions, it is little wonder that the remote and peaceful village of Tärnaby continually produces Swedens – and the worlds - skiing elite.
Surrounded by 550 000 hectares of mountainous ranges – it’s Europe’s largest nature reserve and 3 times the size of Luxembourg - and with a population of only 600 inhabitants, Tärnaby has proven to be an unparalleled fertile training ground for world champion alpine skiers. Its far north location offers the best possibility for training with long seasons and great coverage.
Tärnaby has a historic and illustrious skiing tradition and the list of medalists is long; Olympic gold medalist Ingemar Stenmark and skiing legends Stig Strand and Bengt Fjällberg. More recently, Olympic gold medalist Anja Paerson and newcomer Jens Byggmark have been dominating the world circuits with their extraordinary poise and power.
Indeed, it seems local favourite Anja Paerson is going from strength to strength after recently picking up her 7th World
Championship gold medal with her victory on Sunday´s downhill. This makes her the only person in history to win gold medals in all five world championship disciplines. And all eyes are now on Jens Byggmark after his astonishing two World Cup win Slalom in Austria this year.
“Credit must be given to Tärna IK Fjällvinden, the local sports club,” comments to Stig Strand another local skiing champion. “There must be something in the water up here” he chuckles, as he recounts the sports club impressive successes: 122 World Cup victories, 10 World Championships victories and 3 Olympic gold’s.
“The club is very hands-on,” states Thomas Ringbrant, director of Tärnaby’s Ski Camp and an active club member. “It’s run on a volunteer basis … the people here have a real passion for skiing and, of course, everyone is inspired Ingemar Stenmark”. It is the work of all the local people in the village for generations that has made it possible to foster these ski stars.
Fast Facts:
Population: Circa 600.
Getting there: Stockholm, Arlanda – Hemavan. Approximately 90 mins.
For booking and information phone: +46 (0)954 305 30 or www.HemavanTarnabyAirport.se
Skyways Airline www.skyways.se
Accommodation: A wide selection. Please contact the tourist office for further information.
Number of runs in resort: 35
Number of lifts: 11
Highest peak: 681 meters with lift, 1313 meters in Heliski
Best time to travel: offers skiing from October to 1st week of May.
Learn to ski: Tärnaby Ski School - training takes part on Anja’s home slope.
Activities: Ski camp with training facilities (open in October) with professional coaches. Night skiing, snow cannons, snow park, hiking, dog sledging, fishing, snowboarding, cross-country skiing, snow mobiles, heli-skiing.
Highlights: Northern Lights (Dec- Feb) and Midnight sun (May –Aug) in Tärnaby in Lapland.
Factoids:
• Tarnaby is a small village in north-western Sweden. It can be driven through in less than a minute, legally.
• Skiing legend Ingemar Stenmark spent part of his childhood living on a street in Tarnaby called Slalomwagen – Slalom street.
• Tarnaby alone, could be ranked eighth among all countries in terms of skiing victories, ahead of Norway and Canada.
• Statisically, every 4th person that lives in Tarnaby could have a gold medal around their neck!
www.tarnaby.se
www.fjallvinden.com
www.hemavan.nu
www.TarnabyLapland.com
www.anjapaerson.com 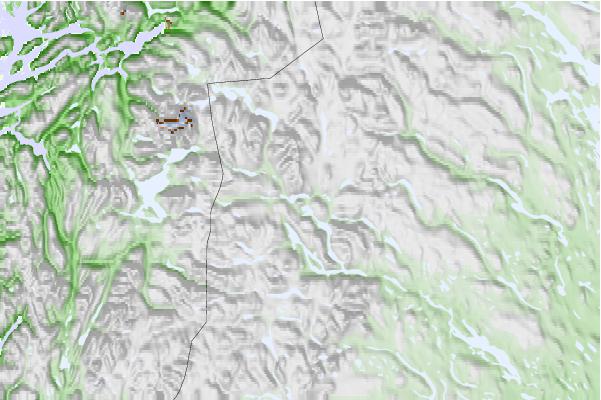