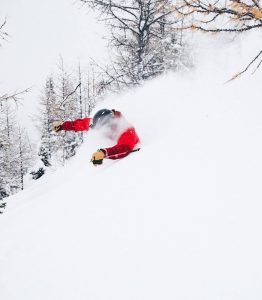 Lake Louise is expanding its in-bounds terrain for the first time since the 1990s. The world-famous ski area in Alberta, Canada, is building a new chairlift to access terrain previously only available to backcountry skiers, that was previously outside the patrolled area boundary. The former Summit Platter drag lift which used to access the resort’s Whitehorn Peak has been upgraded to the new Summit Chair, accessed via the top station of Top of the World chairlift, which then drops skiers and snowboarders off at the same summit location as the old platter. It’s a four-minute ride on the new quad up the ridge of Whitehorn Mountain to access a combination of the newly accessible terrain and runs previously accessed by

This is a great ski resort with a lot of things to do. It is 1.5 hr driving distance from LA. The runs are well groomed. It has a nice village and good restaurants. The lift are busy on the lower runs, but not at the top. I highly recommend this resort.