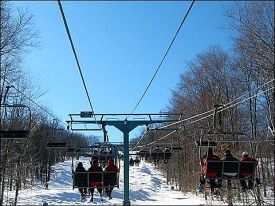 Jack Frost in the United States (Pennsylvania State) is a large resort with 11 lifts (10 chair lifts,1 surface lift) but it only has 183 metres (600 feet) of vertical descent. Jack Frost has 100 acres of terrain over 30 trails. Jack Frost is evenly suited for both advanced and intermediate skiers and snowboarders but with some terrain for beginners. There are 15 kilometers (9 miles) of cross country ski trails at Jack Frost. For snowboarders, there is a terrain park. All of the trails at Jack Frost are covered by snowmaking. The nearest airport is at New York. 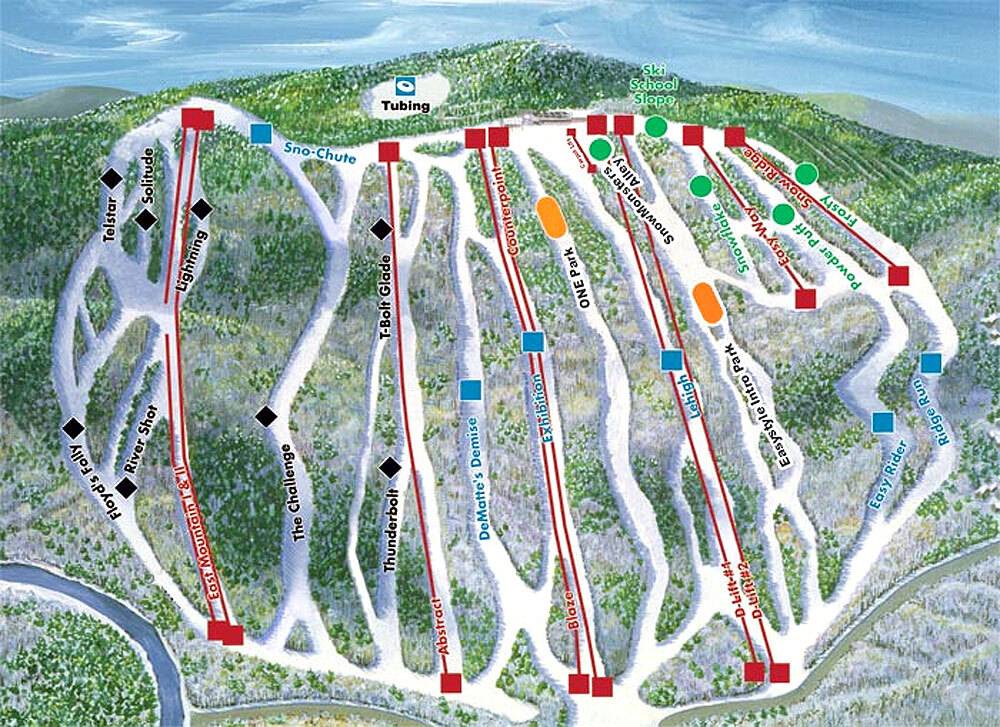 Had a spare day in PA and thought I'd make the most of it. Stayed at the Best Western at Blakeslee (ate at Murphys Loft just down the road) and drove across on the Sunday morning to get there a little after 8am. For info, it costs you $4 for the I-476 toll from Philly to the I-80 turning.
Ample car parking and a good, efficient way of picking up a hire board. Lid, board+boots and lift pass for $85. Slopes were very well groomed, with a good amount of packed (mostly manmade snow).
Ample lift capacity (short queues) which is just as well, with a short vertical drop you spend a lot of time on the lift. Seemed fairly quiet. Maybe it was superbowl Sunday, maybe that's just how it is ? Pizza at lunch for $5 was ok in the onsite lodge, also a place to get coffee/beer etc. Burgers/fries/sandwiches were all sensibly priced.
Overall, enjoyed it. Truthfully you can ski all the blues/greens in a morning and I should've gone across to Big Boulder but couldn't be bothered to go through the whole rental thing again....instead, just chilled out and had fun. Would be a great place to go with beginners...if you were an advanced skier, I think you'd be very quickly bored....there's just not enough slope.
One thing to note, the runs face North, and there's not a lot to protect you from the North Westerly wind that was blowing....Man, it was *cold*.... 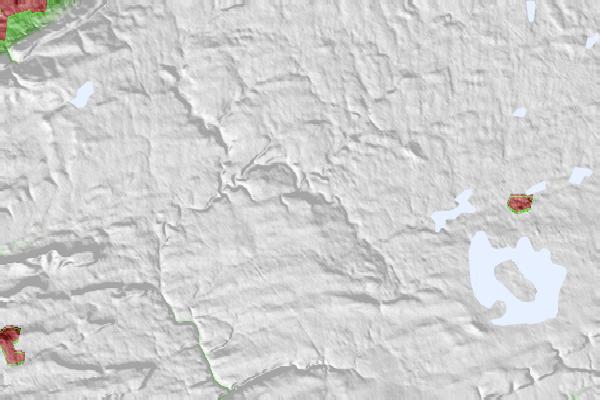