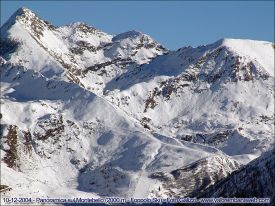 Foppolo is a well known ski area in the Lombardia region of Italy and is a medium sized ski resort with 4 ski lifts that offers skiers an impressive 500 metres (1640 feet) of vertical descent. Foppolo has 15 pistes with a total length of 47 kilometers (29 miles). Foppolo is best suited to beginner skiers and snowboarders but there is some terrain for both expert and intermediates. There are 3 kilometers (1.9 miles) of cross country ski trails at Foppolo. The closest airport is Bergamo Orio al Serio (BGY) but the transfer time is 2 hours. The nearest train station to Foppolo is at Bergamo. There is accommodation located close to the pistes but we would welcome additional information about any hotels or chalets in Foppolo. 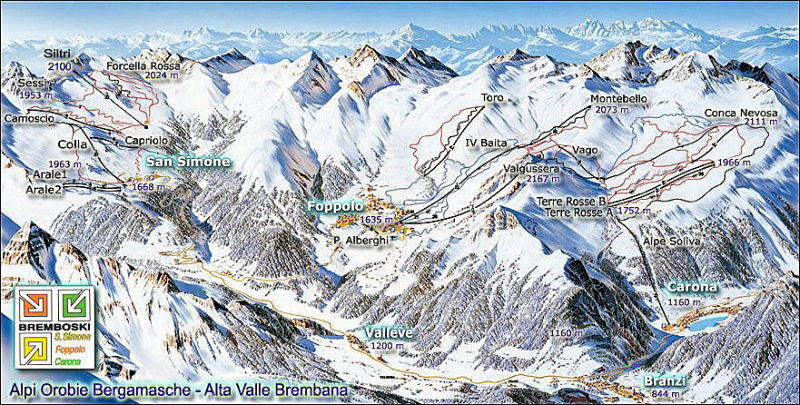 We went to Foppolo for the weekend 26th-28th March, flying in Friday evening and out again on the Sunday. Two days skiing, good snow and all the main lifts running. The two chair lifts up from Foppolo were 4 chair and slow but adequate for the number of people skiing (very few). Snow was heavy and spring conditions but hard in the morning, good around middle of day and sugary in the mid afternoon. Stayed at the hotel Cristallo, right next to the ski lift, used by Equity ski company for a school group. Hotel very good, cost us 180 euros for the two days including ski pass and half board. Ski and boot hire very close by as well. Food at the restaurant at the top of the chair was superb. We took a varied group, 1 absolute beginner learned enough to ski blue run 3 times by end of second day, two intermediates who found the mainly red runs (so labelled) hard going when hard and two advanced who skied everything in sight including the off-piste blacks/reds and anything else that would move. The snow pack was solid and meant off-piste was like skiing on the heavy piste. Two days was enough to cover everything and have a really good time. The lift pass covers you for Foppolo and the connecting village Carona (I think) but to get to San Simone the third area covered by the lift pass would need to travel by ski bus or drive about 15-25 minutes. We didn't have time or transport adequate to carry skis to do that. Transfer time was one and a half hours from Bergamo. 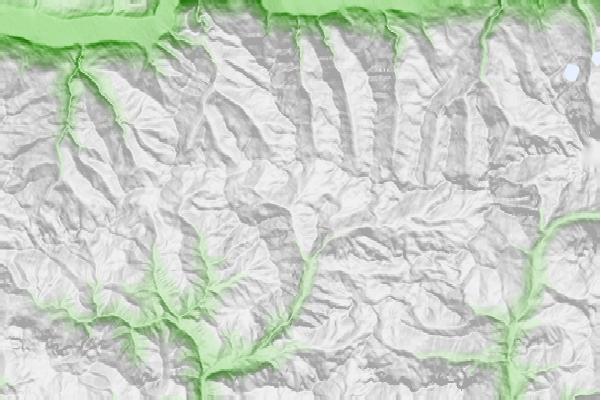