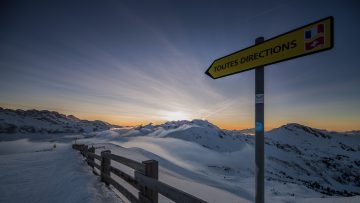 Portes du Soleil To Half Open for Christmas and New Year

The Portes du Soleil, one of the world’s largest ski areas with 600km of slopes, will have its slopes half-open for Christmas and New Year. The giant ski region straddles the French / Swiss border with ski runs accessed from around a dozen separate ski resorts on either side. On Thursday the French Prime Minister appeared to confirm that French ski slopes will definitely be closed until January, whilst Swiss leaders said they expected their slopes to remain open. The result is, what the Portes du Soleil summarise as, “an unprecedented situation.” “In Switzerland the ski lifts will be open in December above the resorts of Morgins, Champéry, Val d'Illiez Les Crosets Champoussin and Torgon.&nbsp; In France the ski lifts